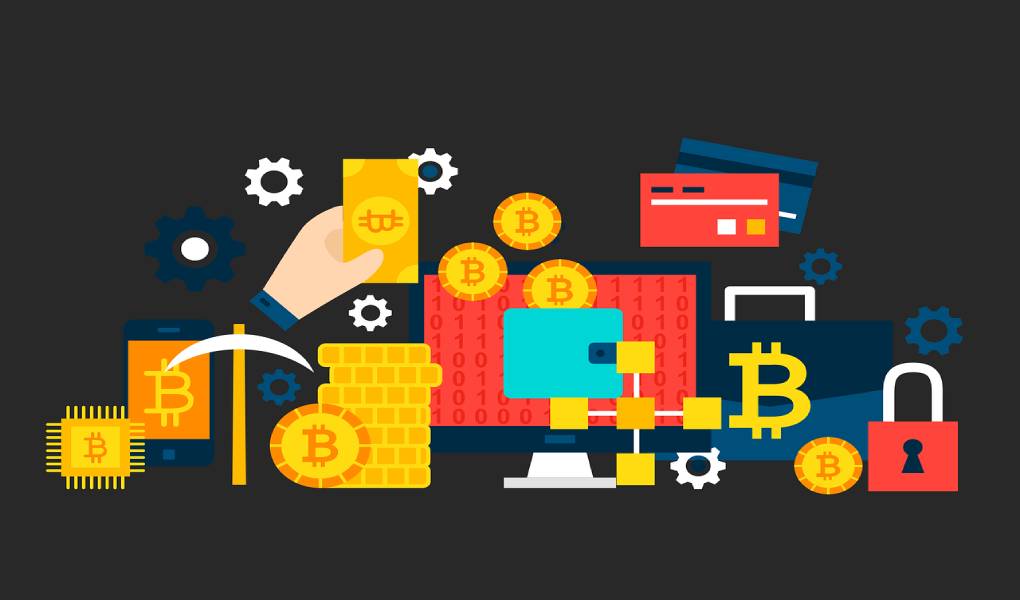 In recent times, the cryptocurrency market has been overwhelmingly increasing. They are eye-catching currencies since they are decentralized, secure, and used globally. But how do these cryptocurrencies affect the environment?

Next, we will explain how a virtual currency, which does not require the felling of trees or the extraction of metals to create banknotes and coins, can have a detrimental effect on the environment.

Cryptocurrencies, or cryptocurrencies, are digital currencies that use cryptographic encryption to prevent counterfeiting and are designed to function as a medium of exchange. They allow buying and selling in different areas as a common currency.

Its characteristics are decentralization, that is, it does not depend on any central computer nor is it regulated by agencies, high volatility, lack of regulation by the States, allow instantaneous and anonymous transactions, can be used anywhere in the world. They are secure because they are encrypted.

This makes them an attractive product on the rise, despite the risks of settling in society. In addition to the well-known Bitcoin, there are more than 10,000 cryptocurrencies globally. The popularity of Ethereum is increasing, and it is being used more and more, along with others such as Litecoin, Ripple, Dogecoin, Binance Coin, NEO, IOTA, or Cardano.

Cryptocurrency Mining – Can It Negatively Affect The Environment If It Is Virtual?

The first impression that we can have when associating cryptocurrencies with the environment is that it can be beneficial. Of course, we take away the problem of minting coins and making bills with natural resources. But is this so? For this, we have to know how cryptocurrencies work and what help they need.

The most common process to obtain cryptocurrencies is called “mining” based on the blockchain registry. Miners compete to record the last “block” of transactions. To do this, they solve cryptographic puzzles, and the first one is rewarded with new-minted cryptocurrencies. It is known as proof of work (PoW).

As these puzzles are solved, the search for the next block becomes more complicated, so more resources will have to be devoted to its resolution. Due to this, the technology has been evolving and, since 2012, specific hardware is being used for it: Application-Specific Integrated Circuits (ASIC).

The more ASICs you have, the more chances you have to find the resolution that the coin provides you. Therefore, the mining process, which individuals initially did with everyday computing devices, has become entrenched, and computers are much more effective at solving these puzzles.

The Analogy With The Physical World

The term “mining” is an ideal analogy to explain the difficulty of obtaining cryptocurrencies. In this way, and if we associate it with marble extraction, we can see that, in a quarry, in the beginning, the extraction is “simple,” and the material is accessed quickly. As exploited, the efforts increase, and access to marble becomes more complicated and expensive.

The more transactions there have been in cryptocurrency mining, the more complicated it will be to have a new one. The resources invested must be more significant, and the energy consumption increases.

Energy Consumption – The Largest Farms In The World

High energy consumption is not a fault of cryptocurrencies but a feature. It is a way to certify its security because getting a cryptocurrency is an expensive process that is not very efficient.

Doing things correctly costs a lot of energy, but interfering with their correct operation can be ruinous since the energy consumption would be immense. This is what gives cryptocurrencies their strength.

As has been said, getting a new transaction requires, increasingly, a more significant number of operations. Therefore, miners dedicated to it install large amounts of ASICs that work continuously. They are the so-called mining farms.

The energy consumption of these farms is immense and wildly oscillating. According to the Cambridge Bitcoin Electricity Consumption Index, global bitcoin mining operations peaked at 144 TW/h per year in May 2021, as in some countries. And Digiconomist reckons that a simple Bitcoin transaction consumes the same amount of energy as an American home for a month. It is also responsible for a million times more carbon emissions than a Visa transaction.

The problem is the enormous energy consumption and the origin of it. Generally, the miners use the cheapest and most accessible energies, so they settle in places close to these sources.

There is some controversy with this since hydroelectric energy is quite common. Still, the problem is that during the period in which it is scarce, the consumption of fossil sources increases drastically, with the consequent pollution.

Where Are The Cryptocurrency Farms Located?

Most of the farms are located in China. Russia also has large hubs, notably in Siberia, thus preventing ASICs from overheating with subsidized electricity in Iran.

They are migrating from the United States (which is currently the second-largest producer of digital currencies) due to it becoming more challenging to get cheap energy or regulations in some places.

Are There Cryptocurrencies That Are Not Harmful To The Environment? Plans

Environmental awareness is increasing, also in the economic sector, so the appearance of “green cryptocurrencies” is a reality and can help the environment.

One way to reduce energy consumption is by changing the way cryptocurrencies work. Change the operating mode for proof of participation (PoS). Here it is the users themselves who invest their money in exchange to validate transactions and new blocks.

Perhaps the most important thing is the use of clean energy. Numerous cryptocurrencies are increasingly working to make the use of energy sources that do not emit greenhouse gases more common. Take the example of Greenidge Generation Holdings, which aims to be the first company with a power production plant owned by mining.

On the other hand, a group of non-profit organizations has proposed the Crypto Climate Agreement to promote a cryptocurrency industry based on 100% renewable energy. It is inspired by the Paris Agreement and aims to decarbonize the industry in record time.

The “green” trend is being implemented in many of these virtual currencies, changing their work strategy and production model towards clean energy consumption. This, without a doubt, generates an added value that can make them quite competitive.