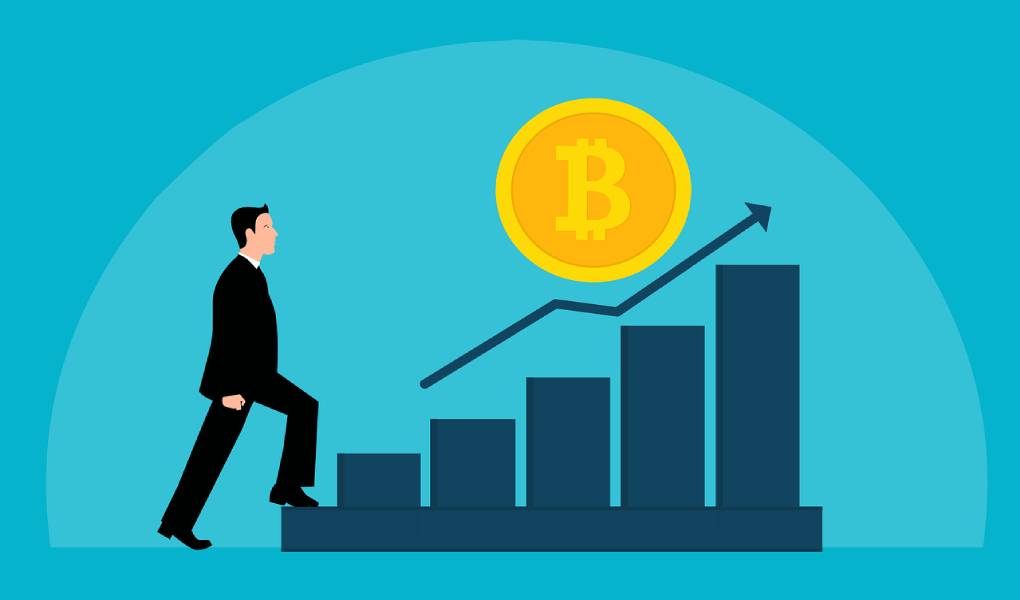 Bitcoin mining allows a miner to discover a Bitcoin block through the use of high-powered computers. The rewards are huge, so many miners are joining their forces to work together and share the rewards. Usually, they use ASIC mining rigs, which are a sort of specialized equipment made for mining cryptocurrencies.
At the basis of its security, Bitcoin currently uses the Proof of Work consensus algorithm. Similar to many other cryptocurrencies, Bitcoin has a network of miners who add pending transactions on the discovered blocks in order to render them irreversible.

How long does it take to mine just 1 BTC?

Interestingly, it takes only 10 minutes to discover a Bitcoin block. Each block is made of 12.5 Bitcoin, but of course, there is a twist to this. It is very important to keep in mind that the entire network of miners is competing of discovering this block at the same time. In other words, tens of thousands of people with extremely powerful machines are trying to obtain the block at the same time.

Only a single miner will successfully discover the block, among the many of them in the mining network. This is why discovering the block on your own is almost impossible, and why many miners are now using trusted cloud mining sites as an alternative.

In addition, miners are starting to join mining pools with the sole purpose of combining their hash rate which gives them a better chance to discover a block. The rewards are then evenly distributed throughout the pool, regardless of which miner actually discovered it. If you contribute 1% of the hash rate, you will get a 1% of the reward.

Currently, the largest pool by hash rate is F2Pool. This group contributes 19.9% of the total Bitcoin hash rate. Essentially, this means that this group will get almost 20% of the total BTC mined every day, which is around 180 BTC! If you contribute just 1% of the power to this pool’s hash rate, you will earn about 1.8 BTC per day.

Let’s put this into perspective. To contribute 1% of the power to the F2Pool, you would need to use 64Th/s Antminer S17e ASIC miners, but not one, 2,331 of them! Assuming an average rig costs around $800, you would need about $1.86 million to have this. Not a very cheap investment, especially since the rig is can’t be found on the market anymore, it is only available via resellers.

However, there’s a solution for those with a tighter budget. You could use an older generation rig, Antminer S19 Pro to participate in the pool. With this setup and a single mining rig, you would generate 1BTC over 1,356 days, which is also not that bad if you have patience.

What affects the mining process?

As already mentioned above, mining hardware is one of the most important things to consider. Mining requires machines to solve cryptographic problems, so older hardware is usually not capable to accomplish this in a relevant time period. Years ago, CPUs were able to handle bitcoin mining, and people did it without too much hassle to obtain the coin. Today, a new breed of devices replaced them and mining became an operation that requires a lot of energy. Your device needs to be sufficiently durable and extremely energy-efficient to keep operating at the optimal level.
Mining alone and mining in a pool have different pros and cons. If you choose to join a pool, you need to make sure that the collective has a rate and its reputation is really good. There are a couple of mining pools that control the majority of the hash rate at the moment, but there are also lots of pools that are actually scams, so you have to be careful.
Another aspect you need to consider is the current “mining difficulty” of the coin. In simple words, this “difficulty” determines how much work needs to be done in order to obtain the BTC. The factor is there to keep the block production at one per 10 minutes. In theory, it would take less time to validate transactions when more miners join in. The difficulty aspect is there to slow down the block production.
It would take about five years to mine just one bitcoin if you were mining solo, considering today’s difficulty rate. Additionally, this goes even for those miners who are using the most advanced and efficient mining hardware.

How many BTC are left to mine?

Approximately, there are about 2.6 million bitcoins left to mine at the moment. Miners obtain about 1,800 per day, and there are slightly more than 18,000,000 BTC in circulation at the moment. With the identification of a new block every 10 minutes, this total is regularly updated and you can check the exact amount online.
The mining experts have very interesting predictions regarding bitcoin mining in the future. It is believed that the last bitcoin will be mined 120 years from now, in 2140, if there are no new bitcoins minted or if there are no changes to the protocol. This leaves a lot of space for many more people to join and take their piece of a pie.
As no one knows for sure, it is very hard to determine what will happen after all the BTC have been mined. Some believe that no new bitcoin will be created after they have all been mined, and there’s speculation that this type of scarcity could actually even increase the value of the coin even more. We will see what’s the truth but in 120 years.

Also Read: How To Organize The Digital Workplace