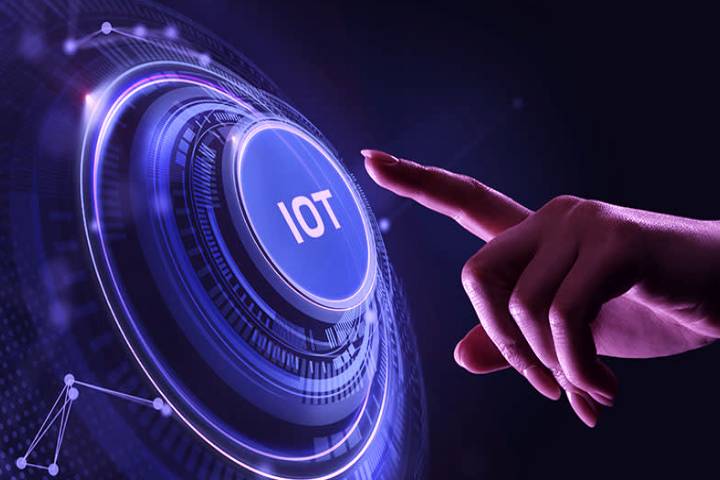 The triumphant advance of IoT (Internet of Things) will continue in 2021. More and more companies are seeing successful IoT projects. Despite the corona pandemic, companies continue to invest in IoT technology. Due to the current expansion of the 5G network in Germany, companies are planning future deployment scenarios with IoT. In a survey by IDG Research Services, 411 executives from companies in the DACH region were asked about their views, plans, and projects on the topic of the Internet of Things. You can find out what the result is in the further course of this blog post.

What benefits, what added value will your company specifically? The majority of those questioned answered to optimize existing business processes (47 percent). Of these, 59 percent of the companies had more than 1,000 employees. In second place came the answer to a reduction in costs of 37 percent. Here, the values ​​for large companies with more than 1,000 employees are high at 44 percent. Interestingly, the topic of cost reduction was only in fifth place last year. Slightly more than a third (36 percent) of the respondents indicated that IoT projects improved existing services or products and 35 percent increased their sales.

IoT is a trend that is continuing. Companies carry out IoT projects to make existing processes more efficient and reduce costs. Classic corporate goals such as new business opportunities, new service offers, or new customer potential are instead pushed into the background. The latest figures confirm this development. In the previous year, the development of new products and services was still in third place with 35 percent. This year, with 31 percent, it was only enough for fifth place.

Experts predict that in the future it will no longer be sufficient to use IoT to optimize existing processes, services, and products. Companies that compete globally should target new business opportunities. According to Karsten Pradel, Head of Business Customers at Telefónica Deutschland, the priorities are shifting due to the corona pandemic. It is the driver of digitization and will pay off in the future concerning new business models. The virus is forcing companies to rethink their approach and tackle new business models and digital solutions to derive economic benefits.

Also Read: 10 Tech Trends For The Next Level Of Digital Transformation In 2021

Use Of AI, 5G, And Edge Computing In IoT Scenarios

The most important digitalization technologies include artificial intelligence, 5G, and edge computing. Nowadays, the topic of AI is very important in companies. According to the study, only a few companies have still not implemented any AI projects. AI is mainly used in the application areas of data analytics, intelligent assistance systems, and intelligent automation. The combination of AI and IoT (Artificial Intelligence of Things) is rarely used at 15 percent.

With the help of 5G, the necessary capacities for the transmission of IoT data are to be provided in real-time. Does the question arise as to whether companies should plan 5G in IoT scenarios? The answer is clear and it is yes. Because 86 percent of the companies are in favor of this planning.

Use Of IoT In Production

The main area of ​​application for IoT is industry. The buzzword here is Industry 4.0. 44 percent of companies use IoT in the production area. Investments are made in new machines and sensors. This also includes retrofitting machines, creating standardized interfaces, integrating data, or networking different production lines.

Networking takes place via the LTE / 5G network (43 percent) or WLAN (41 percent). 28 percent of the companies rely on a hybrid model with 5G services and WLAN at the same time. Around 24 percent use industrial WLAN or LTE-M (LTE for Machines). Here the data is usually transferred at transfer rates of up to 2 Mbit / s. The share of wired Industrial Ethernet is 14 percent, which companies use to network their production facilities. More than two-thirds of the companies pursue the goal of self-controlled production.

Companies still haven’t had enough IoT projects and are already planning future IoT scenarios. While other technologies come and go, IoT remains relevant to businesses. Because IoT is an important part of digitization. Companies should not only optimize their business processes and reduce their production costs but also think about new business models.

Also Read: Advantages & Disadvantages Of The Internet of Things