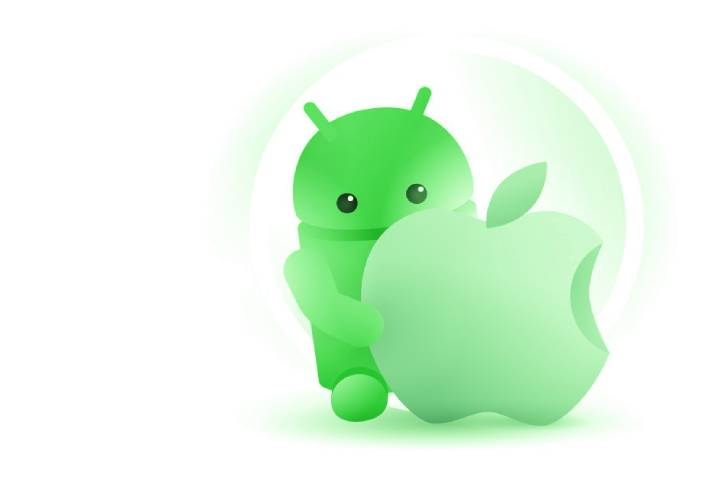 In 2019, 3.2 billion smartphone users were counted worldwide. That number will rise to 4 billion this year (2021). According to Statista, Android has had a constant market share advantage over Apple since 2012. Last year, just under 52 percent of the US population owned an Android device and 48 percent owned an Apple device. But what are the differences? And which smartphone is suitable for your business. In the following, we will answer these questions and help you make the right choice.

Since 2007, Apple and Google have been competing for the favor of smartphone users. Both companies have since established their respective operating systems Android (Google) and iOS (Apple) on the market. In the international billion-dollar business, both companies are trying to sell more devices and make people’s lives easier, both in their private and professional lives.

Due to competition, both systems became more similar. But there are still enough differences that business customers ask themselves: “Which is better for my company: Android or iOS?”

It is impossible to empirically determine which operating system is better. Brand loyalty and other factors are very subjective. Therefore, we will list differences in security, hardware, cost,s, and software for you in the following to help you decide on your new mobile business companion.

Android vs. iOS Corresponds To The Question PC vs. Mac

One of the main reasons people prefer one system is their relationship with one of the ecosystems. This means that they are already using Apple’s iCloud or Google Drive. You also have a Gmail account from Google and synchronize calendars with your smartphone. These people are most likely working with an Android device. However, if you keep your pictures on iCloud and have an Apple Watch, then you will likely buy an iPhone.

If you need a customizable device that makes multitasking easy, you’ll own a PC and be interested in an Android smartphone.

In terms of popularity, Android smartphones are only slightly ahead in the US with 52 percent compared to 48 percent of iOS smartphones. From a global perspective, Android is the clear winner here with 87 percent. Here iOS is behind with only 13 percent.

Android vs. iOS: Hardware Is Important

In the beginning, when the smartphones from Apple and Google came out, they were very different in design. While iPhones have always looked elegant, the main feature of Android smartphones has been functionality.

Most smartphones these days look almost identical. Apart from a few outliers, there are hardly any differences in design. The times when small smartphones were trendy are also over. Smartphones with screens in the 6-inch range are now common. Small screen smartphones are still around, but they are no longer as popular as larger screen smartphones offer higher resolutions.

In the past, you had to choose between a big screen or a long battery life. Today, recent advances have made batteries last longer. Thanks to batteries with a capacity of 2,000 mAh or higher, large smartphones can be operated all day with one charge.

On the Android side, we can’t spot a top of the line that easily as there is a huge variety of smartphones on the Android market. If you want a model from Google, you can buy the top smartphone Pixel 5 here. Google’s top model has 128 GB of internal storage and a 6-inch display. The battery has a capacity of 4,000 mAh. The current version Android 11 is also preinstalled.

Unfortunately, the memory of both top models from Apple and Google cannot be expanded. However, many other Android smartphones offer the option of memory expansion using a micro SD card. The disadvantage here lies with the Apple users because the memory expansion is generally not provided for iPhones.

The triumphant advance of smartphones had led to them becoming cheaper and cheaper over time. With a mid-range model, you can now play even the most technically demanding games without any problems. This is because the processors in smartphones are constantly being improved.

The business phone should always be secure and locked to strangers. But which platform offers more security: Android or iOS? Unfortunately, there is no clear answer here.

Apple offers two main advantages here. One advantage is that Apple tightly controls the entire ecosystem. That goes from the hardware to the firmware to the software. Another advantage is that every app that is offered in the App Store has been carefully checked by Apple beforehand. So there is no risk of downloading malicious apps here.

In addition, iOS devices offer very good legacy support, so that older iPhones receive firmware and security updates even years after they were released. This means that the software of the device is always up to date and that the latest security gaps are closed.

In contrast, the Android platform suffers from device fragmentation as there are dozens of devices from different manufacturers on the market. Each device is also delivered with a special version of Android. Usually, these devices are not the newest and not the best either. Many flagship models will be updated to the latest version of Android at some point. However, this can be months after the official start of the software update.

In the past few years, Google has taken steps to make apps in the Google Play Store more secure. Apps now only request individual authorizations, e.g. to access the phone’s internal camera, if this function is required. For the user, this means that he does not need to authorize any authorizations before installing the app.

Android and iOS have different security concepts. So what’s better? We claim that both platforms generally offer a high level of security. There will be security gaps again and again, but you can not worry because both platforms provide regular updates that should fix these security gaps. As a businessman/woman, you can feel safe on both platforms.

For a while, that category belonged to Apple. Since the App Store has been around longer than the Play Store, Apple has always had a larger market share in this area, at least in the US. However, Google has caught up and after a long time managed to improve the selection of apps. Almost all major apps are now available on both platforms.

While there are the same apps on both platforms, the apps are often published in the App Store first. This is because trying app developers can easily tailor their apps to iPhones as there are significantly fewer models than Android. When developing Android apps, developers have to consider a variety of technical specifications. These are provided by the manufacturers.

In the past, it was also the case that every app developer could easily upload their apps to the Play Store. This puts a lot of bad and dangerous apps on the Play Store. Google has done something about it and introduced a malware check when approving the apps. Unfortunately, there are still bad apps out there.

Also Read: High Tech Objects That Will Determine The Success Of Your Business

In terms of user-friendliness, there is not much that can be criticized for either system. Both Android and iOS are extremely easy to use. Here, as with the other points, Apple had a lead over Google. Android is just as easy to use as iOS these days.

Your phone will normally react quickly to your gestures and inputs on the screen. For one thing, iOS is still preferred, namely when you want to have the same experience on multiple devices. The user experience is more consistent here. Again, for users looking for a customizable experience, Android is the better choice.

At this point, Android users have greater freedom to customize the user experience. You have access to widgets that display a variety of information, as well as the ability to completely change the appearance of the operating system. You can also choose default apps for certain functions, which Apple does not allow.

Voice assistants are integrated on both platforms. With Siri on iOS, you can save tasks, notes, and reminders, compose emails, and get directions without using your finger. Google Assistant offers a similar range of functions.

The functions are numerous. Which platform is suitable for you ultimately depends on your personal preferences.

We have now come to a crucial point. The price is an important factor in the purchase decision.

Android smartphones offer a wide range of different models and prices. There is a suitable model for every budget. The top model Pixel 5 from Google currently costs 629.00 euros (RRP). Apple’s top model iPhone 12 Pro is currently available in stores for 1,149.00 euros (RRP). In price comparison, the iPhone costs almost twice as much like the Google Phone. If you don’t want to spend so much on an iPhone, we recommend purchasing one of the older models such as the iPhone 11 (€ 679.00 RRP). The previous model costs a few hundred euros less and will be updated by Apple for years to come.

Due to a large number of different Android models on the market, the prices vary greatly here. The prices of IOS models are mostly stable because Apple is the only manufacturer.

Finally, we get to the original question: which smartphone is right for your business? Ultimately, we cannot give you a clear answer to this question because people’s needs are different. However, you can find out for yourself by picking up one of the smartphones yourself and then making a decision based on your feelings.

If your company already has Mac computers, iPhones would be a good choice, as these can be seamlessly integrated into the Apple ecosystem. In addition, iPhones are very user-friendly devices. They also offer a high level of security and practical functions such as Siri.

If you’d rather have more options, Android is again the better choice. Android smartphones come at different sizes and prices. Here you have a much larger selection than at Apple and most models are also cheaper. 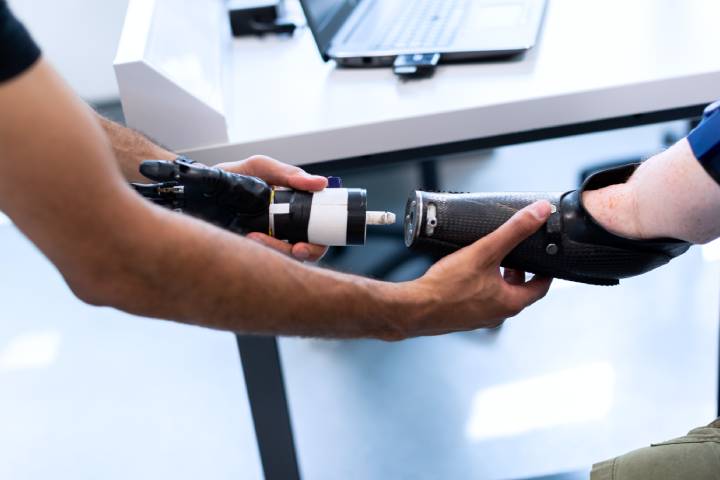 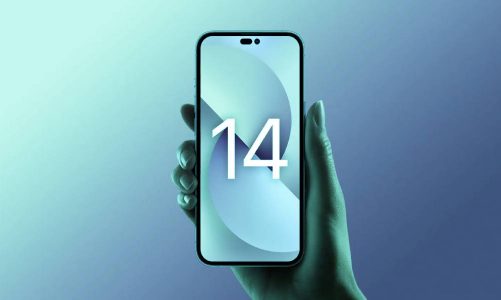 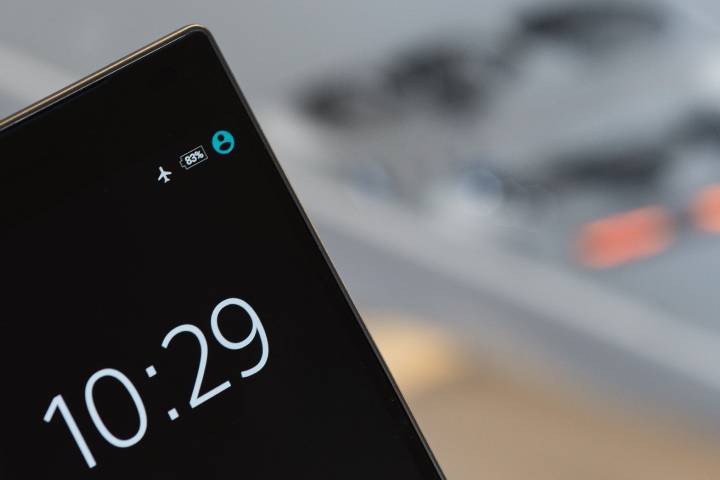