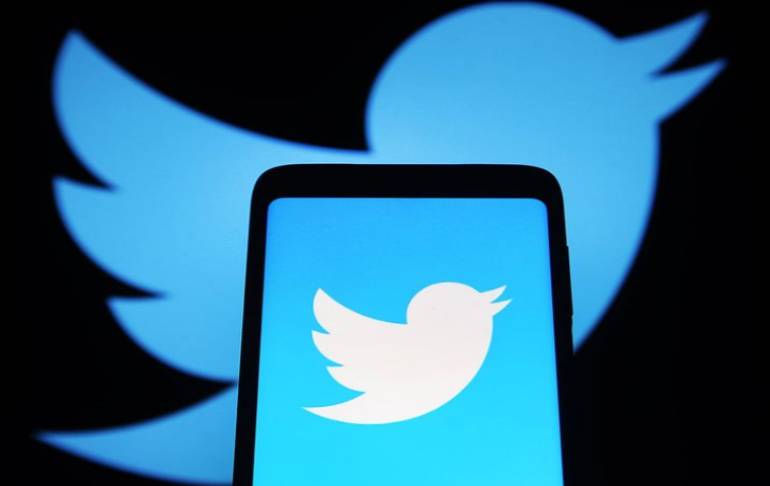 What am I going to talk about? Well, about a subject that the Twitter users that you read me are very interested in. This time, I will analyze the types of publications that we can find on the Twitter social network.

The use we make of our social networks only indeed belongs to us, but if we have public profiles or manage brand/company accounts, we lose that freedom. Well, the way we manage those channels is a message to the audience that follows that profile.

And although we usually see appearance tips, I see very little (or there is no) that emphasizes the types of publications. A fundamental element because, on the one hand, we are giving information about the profile of the person we are. And the other has to do with the visibility that the profile we manage will have in the Twitter community.

That is why in the following lines, I am going to count the three types of publications that currently exist in the bluebird network. And I am going to share the message that we transmit when using them, as the repercussion and impact that it has on visibility.

The most popular is undoubtedly the tweet (or, if you like to use English slang, tweet). It is the message that we write ourselves. Whether it is just text, we accompany it with emojis, gif, videos, or images. It is a 100% own composition, and therefore, the visible face of it is the profile that has created it.

With it at the level of visibility, it is the maximum. Since we take all the traffic of visits generated, that is why it is the favorite type of publication, and that is searched for incorporate profiles. But as in everything, the excess can harm.

Perhaps in the past, this philosophy was correct. But in times when the micro-influencer is valued more or when the predominant voice is the audience, those tactics screech and give the wrong message to the users of this moment.

As an example, we have the use that Netflix makes of its profiles. He creates his tweets, and it is his base, but he also bothers to seek the viewers who consume his series and movies. Giving them full or partial visibility depending on what is best in each case.

Also, another aspect is that it creates tweets where it not only gives visibility to its content. For example, when an artist is in the news, he has no problem recommending titles outside his catalog. All this makes Netflix’s strategy on its Twitter accounts sensational.

Which we cannot say the same about Disney +. The streaming platform of the house of ideas is the classic one of announcing what interests you and only giving visibility to the influencers who have hired for advertising campaigns.

That coupled with the response that followers receive is a bot that is frighteningly configured, creates rejection. And it is the reason why the unofficial accounts on the platform have more success and interactions than the official ones.

Another of the historical publications is the ReTweet. It is the one that is used the most, and even in this social network, it is the basis of interaction. Proof of this is that formulas are already used as a verb. But since it is varied and does not have a consensus, it has always been chosen to speak and write with the initials RT.

And as its name indicates: it is repeating a tweet. We just talked about the tweets that we like so much that we want our contacts to see and enjoy them too. To do them, we will have to give the icon that two arrows appear. And that is located below and centering on the tweet that we want to share.

At the brand level, it is undoubtedly the action that is most sought after. Well, it is an easy way to gain visibility and an indirect audience. Why do I say this? For a very simple fact. By having a fan who gives us their wall of publications, we gain all the profile followers.

It is changing and polishing, but RTs and likes have been the most visible publications on the main wall (in this social network, TimeLine, which is abbreviated TL). So indirectly, even if these people have no interest in our brand, as a percentage, they will see us more than the contacts they follow.

This 2021 I see that it is changing, but it can still be observed, and therefore we must be clear about this phenomenon. And if you want to fight it, I have to tell you that for the moment, it only serves to silence these accounts. I am not one to perform these actions, but for my health, I confess that I have had to perform this action recently.

To conclude this block, I want to tell you what we transmit if we base our publications on RT. The image we will give is that we are not content creators. Otherwise, we have a diffusion/fan profile.

It does not have to be negative in a personal account, but if we create a brand that labels us as a diffuser, it is harmful. Because if the user sees that we disseminate certain accounts exclusively and that we are the visibility channel for them, they will not feel it is worth it to hit the follow button.

For this reason, our account mustn’t be simply RT’s. We must find the perfect balance not to appear egomaniacal but show that we have to contribute something new.

Quote – The Most Recent Option

It may not have been clear, but the RTs who get the visibility are the original account. Therefore our profile is hidden and does not reach the rest of the community on Twitter.

Due to this fact, at the beginning of Twitter, the figure of making a small comment and then including the elements of the original tweet was born. So that you understand me, it was my tweet, but it made it clear that it echoed that of another account.

It was a fact that involved a lot of ingenuity. Well, it was the time of only 120 characters, and there you had to include links. But because it is a very widespread practice, the social network took the glove and offered us in one of its updates the option to quote tweets.

We have to press the RT button to access it, where it loads us a menu with two options. If we give it to a quote, the original tweet will be loaded, and we will have a field where we can write giving our opinion or contribution.

Due to this fact, it has become a way of offering a more visible response to our community on the issue. And it also allows visibility to be shared: since we see the author of the original material, our account also has its presence.

As a creator of tweets, it is the formula that I like the most, and I consider that using them is appropriate. Because commenting on other people’s materials is also a part that we have to do. And in terms of brand accounts, I think it is an option that benefits them a lot.

Nevertheless, it is a formula that they use little. Why do you ask? Well, because the algorithm makes this publication invisible. I even see that many appointments do not arrive in the notifications, and if you do not review the tweet in question, you are not aware that someone has given their opinion in that way.

For this aspect, my recommendation is that it is not the basis of our interaction for the moment. And that we use them when we truly feel that we have an opinion that we want to make visible to our circle of contacts on Twitter.

I wanted to conclude this writing dedicated to the types of publications that we find on Twitter with those above. But it is true that while I was writing the first lines, I have seen it necessary to dedicate a block to Private Messages (also known as Direct Messages, DM).

I’m not going to lie to you. For me, they are not a type of publication. I consider that they are more of a service offered by this social network to have a more intimate communication. Not exposed to everyone.

But, indeed, Twitter does not see it that way. Proof of this is that, like open tweets, we put a limitation of use for that service. And even at the beginning, it also had character limitations. For the social network, they are a type of publication that we make in it.

It is currently having modifications because many users configured bots to send mass messages to new followers or configure a new service. Speaking clearly: it was becoming a SPAM channel.

It is very annoying, and now it is beginning to be observed that these users or others that it detects that they regularly send repeated messages to different contacts block them. As in everything, there are unfair parts, but I do believe that it is necessary to make a change and re-educate some profiles.

Therefore, I invite you that the DMs do not use them as SPAM. That the contact with the person is really about something that interests you to speak without character limitations and with data that you do not want the whole world to see.

But also be clear that even if they have the word private, they are not. It is common to see captures when there are misunderstandings, so always keep a balanced profile in all your communications. And if something you want to be private, of course, don’t put it on any digital medium.