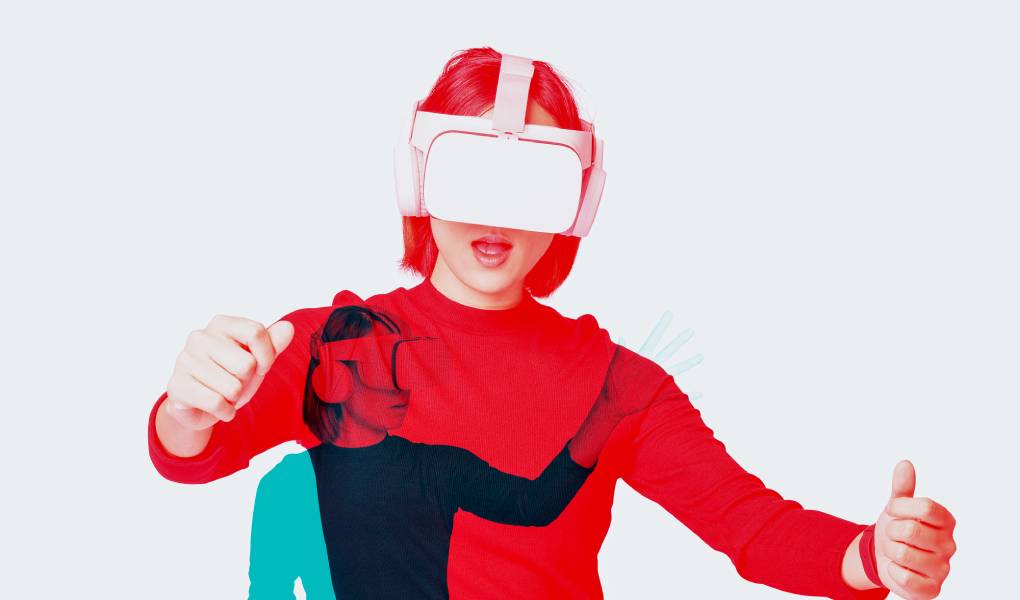 It is currently one of the biggest hypes of the technology giants. Whether Facebook, Epic Games or Tencent – they all want to take place in the Metaverse. But what is a metaverse anyway? We explain the “next big thing” that will eventually replace our well-known Internet. These include the characteristics of the Metaverse and the advantages and disadvantages that result from them. There are still a few hurdles to overcome to turn the vision into reality. We also look at Second Life, which was kind of ahead of its time when it became the prototype of a metaverse.

What Is The Metaverse?

These barriers have already been torn down to some extent by social media. It is already accessible for us to let others participate in our lives via live stream or a quick photo and vice versa. Companies are now also building on the fact that we can buy products directly from social media.

In the Metaverse, however, the boundaries of isolated services also disappear. Instead of having to log in again everywhere, everything merges seamlessly. In the Metaverse ideal, we jump seamlessly from one internet service to another, bringing in people from the real world or, conversely, popping up with them from the digital world.

7 Traits of The Metaverse According to Matthew Ball

Matthew Ball is considered an essential thinker of the Metaverse. Facebook founder Mark Zuckerberg has already described his essay “The Metaverse: What It Is, Where to Find it, Who Will Build It, and Fortnite” and other articles based on it as required reading.

Matthew Ball identified seven characteristics that the Metaverse should fulfil as core attributes.

The Metaverse knows no end, no reset and no break, and it continues indefinitely. Therefore, it must be ensured that it also survives independently of a single company, just as the Internet does not disappear just because a provider goes bankrupt. But this also works for your account history, which continues seamlessly.

This has the advantage and disadvantage that we will enjoy a similarly unique identity online as in the physical world in the future. It should no longer feel like a kind of game but like a part of oneself.

The Metaverse also takes place in real-time as an extension of reality. This in no way excludes pre-planned events – after all, they also exist in real Life. But it’s a living experience that’s the same for everyone in the same place in the Metaverse.

So what we do in the Metaverse becomes an authentic experience. We cannot hide from others, nor can others from us. Anyone who visits a location in the Metaverse is also visible there – albeit in the form of an avatar.

No Limit For Simultaneous Users

In the Metaverse, companies and individuals can also add value to their work. You can create, own, sell and invest in things. In this context, the blockchain could revive. With this, digital possessions can be managed securely – cryptocurrencies could also establish themselves as a means of payment for both worlds.

The Metaverse Includes The Digital And Physical World.

One of the essential characteristics of the Metaverse is that it connects the digital and physical worlds. In the digital world, we can influence the physical world and vice versa. This means, among other things, that the economy above is not isolated in itself. A virtual business in the Metaverse can also earn a living in this way. This is another reason why cryptocurrencies have great potential, as some have already been able to establish themselves in the physical world.

The Metaverse is constantly expanding with new content. These do not come from a fixed team but can be created by anyone, including companies and individuals. Business interests can also be behind the content – ​​keyword business.

Therefore, the Metaverse needs to provide the tools with which everyone is allowed to participate and help shape it. On the Internet, these are, for example, websites or apps. In the Metaverse, this can be its worlds or games that can be seamlessly integrated and from which other services, such as social networks, can be used just as seamlessly.

Second Life – A Prototype Of The Metaverse?

The seven characteristics mentioned by Matthew Ball might seem almost familiar. For a long time, there has been a world like this that can check off nearly all checkboxes.

In 2003, Linden Lab launched the virtual world Second Life, which already had to create a metaverse based on the novel Snow Crash. You can visit these with others, but you can also create new content yourself with the tools. This can be avatars, objects, but also entire worlds. The in-game currency can also be exchanged for real money.

Despite many criticisms at the start and the later only sparse reporting by the media, Second Life still holds up today. However, Second Life has more of a robust underground charm compared to the Metaverse visions. It’s a kind of scene that exists primarily in Second Life itself, rather than a platform that connects large sections of the population and creates a bridge between the physical and digital worlds. Still, it’s impressive how close Second Life 2003 was to today’s vision from today’s perspective.

What Are The Advantages of The Metaverse?

One benefit that many underestimate is consistent standards created by the Metaverse. For seamless experience and interoperability, companies must agree on uniform structures and interfaces.

The uniform standards allow a more seamless transition of different applications. At the same time, the transition between the physical and digital world is also becoming easier. For example, one could – provided the proper hardware – bring someone AR visually into a face-to-face meeting and the other members as avatars in a VR environment. Also, buying clothes in the physical world and getting a skin for the Metaverse avatar at the same time would be a cool thing.

For the Metaverse, new structures need to be created that allow for just that, without the experience of suffering from poor performance. And mobile devices must also work since the Metaverse must always be usable as part of future everyday Life. If you manage to achieve this, whole new experiences could emerge: online games with huge cities populated by players or VR concerts with hundreds of thousands of avatars, making online concerts an incredible experience for bands and fans alike.

What Are The Disadvantages of The Metaverse?

Addiction and Dependency on The Metaverse

Even social media can have an excessively negative effect on our lives. Fear of missing out, followers measure one’s relevance, feigning a sugar coated reality via social media. The Metaverse could reinforce such side effects again. Without reason, metaverse-like concepts in science fiction tend to be part of a technological dystopia.

The Metaverse holds even greater dangers of getting lost in the “new reality”. Other, probably older parts of the population, on the other hand, lose even more of the connection to modern Life if this takes place even more digitally.

On paper, anyone can help shape the Metaverse. If numerous Internet giants want to promote the development of the Metaverse, it is also clear: They also hope for supremacy.

In general, it will be a challenge to regulate the Metaverse in any way since countries can make laws, but the Metaverse itself could become a parallel world that is “governed” by companies.

The End Of Anonymity?

Although you will probably change your avatar in the Metaverse and possibly choose a nickname, anonymity will decrease overall. It is more closely linked to reality and Life because you can use all services with just one account.

It is impossible to say how far one will ultimately be identifiable in the Metaverse. Still, it can be assumed that some of the current anonymity of the Internet will be given up. This is necessary, among other things, to curb the more significant potential for cybercrime.

What Hurdles Are There?

The Metaverse Needs To Grow, of Course.

It’s unlikely that we’ll be presented with a ready-made metaverse that we’ll assume overnight. While many large corporations want to push development forward, the Metaverse still needs to evolve mainly in a natural way.

Matthew Ball, in his essay, compared it well to Facebook, which didn’t start as the social network we know it as today. Initially, it was a “hot or not” vote on female students and developed into a student network before it became successful beyond university borders.

Second Life also failed to establish itself with the masses. However, Second Life moved within existing Internet structures and was released in 2003 – the year Mark Zuckerberg started the “Hot or not” vote; Myspace was the first major social network to be founded. StudiVZ didn’t even exist, and the first iPhone was still four years away. In short, the world was less ready for the Metaverse than it is today. Nevertheless, a lot of persuasion work is still needed to arouse interest in the vision for the future.

What a struggle it was before the Blu-ray could prevail against the HD-DVD. And although the Blu-ray caught on in 2008, there are still substantial DVD departments in the markets. The SSD has also been around for computers for ages, but it can only develop more potential with Windows 11 and is not yet the standard for being created.

However, the Metaverse requires standardization at several levels. The Internet and its protocols are not sufficient for a virtual environment in which an unlimited number of people can be in one place simultaneously. New infrastructure must be created for this. At the same time, however, many established services also have to agree on data standards to be used between the various applications.

While newly created structures can establish themselves more efficiently – such as the extremely rapid spread of smartphones – it is more difficult to break through existing systems like Bluray/DVD or SSD/HDD. All companies striving for the Metaverse should pull together and also be able to accept that here and there, they have to take more disadvantages than the competition.

Who Owns The Metaverse?

As described, the Metaverse will likely emerge naturally. A company creates a framework – possibly from a game like Fortnite – that is used by a large number of people. At some point, other companies have little choice but to jump on the bandwagon – precisely because the masses have already decided on a platform.

On the other hand, a metaverse under the control of a single corporation is again the famous science-fiction dystopia. A corporation is in control of the virtual plane of our lives. The company only creates a framework and remains economically with its core business in the best case. The Metaverse is decentralized, and everyone can participate in the Metaverse without becoming dependent on the company in question.

But even if that is the case, other questions remain: Who sets the rules for the Metaverse? Who monitors compliance, and how will cyber crimes be punished in the future? Thinking very futuristically in VR, it would also need a kind of police+ who intervene if someone becomes obtrusive. Would it be the state’s job to provide cyber police officers, or will the Metaverse become its legal space?

These questions are not all immediately relevant. The Metaverse has yet to emerge and grow, and we don’t know which way it’s going to go. Nevertheless, these are questions that you have to ask yourself in good time so as not to be surprised at some point when an answer is needed quickly. 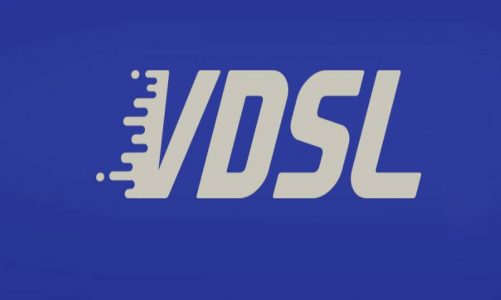 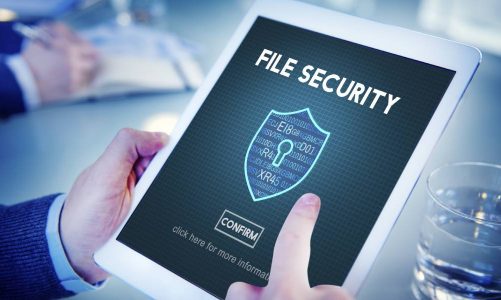 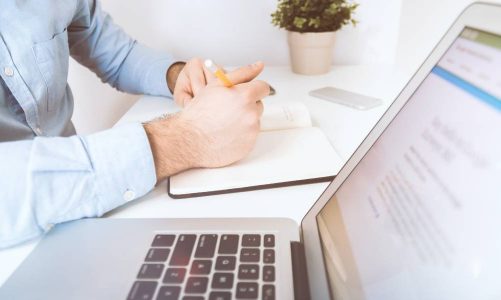