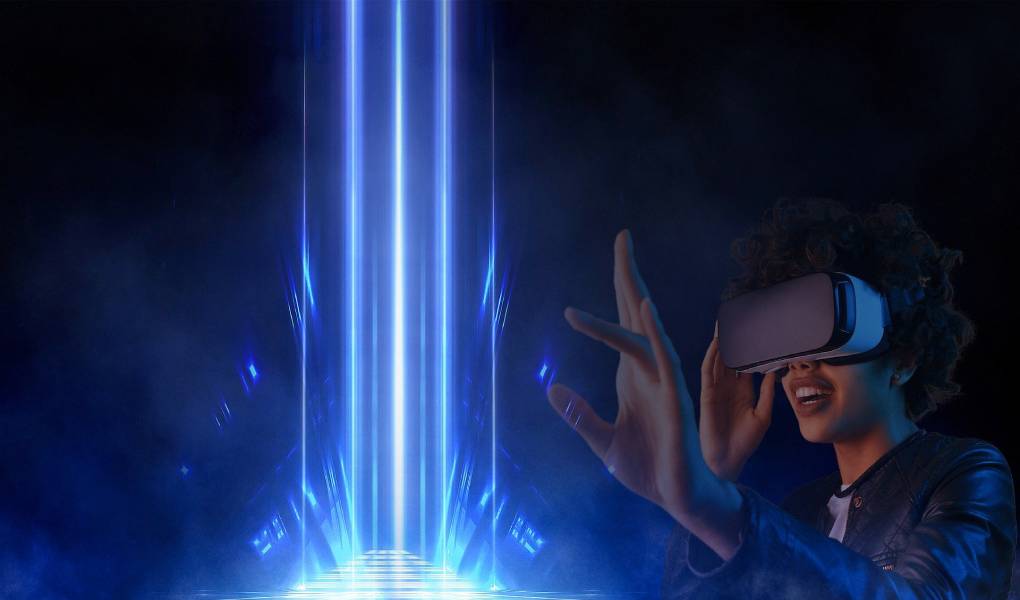 The metaverse is the next step in human evolution and will allow us to transcend our current physical limitations, such as those imposed by death and disease, as well as societal limitations presented by geographic distance and cultural barriers.

It is a collective virtual shared space created by the convergence of virtually enhanced physical reality and physically persistent virtual space, including the sum of all virtual worlds, augmented reality, and the internet. The word metaverse is a portmanteau of the prefix “meta” (meaning “beyond”) and “universe” and is typically used to describe the concept of a future iteration of the internet, made up of persistent, shared, 3D virtual spaces linked into a perceived virtual universe.

The metaverse provides many pros, including the ability to create avatars with personal identities for work or recreation, virtual reality sex (with partners who are thousands of miles away), shared experiences together with people around the world in real time, remote exploration of new worlds, and so on. The cons include users losing their identity among the many other users on the system, becoming addicted to MMORPGs (massive multiplayer online role playing games) which can be life-consuming activities rather than “harmless” entertainment as some might believe them to be.

How does it works

Metaverses are persistent, networked, 3D environments composed entirely of user-created content and social interactions. Social interactions between people in these virtual 3D spaces will be just as rich and compelling as those online today, or perhaps more so.

Metaverses are created using a set of metaverse protocols that connect users across different virtual worlds to provide seamless access from one world to another. Metaverses will allow anyone to create new places and share them with others, allowing for the creation of both personal and shared experiences. Virtual identities can also be easily ported from one environment to another within a metaverse, which means it will be easy to switch identities depending on where you feel like going or what you feel like doing.

Second Life is an online virtual world developed by Linden Lab that was launched on June 23, 2003. Second Life users, also known as “Residents”, can create virtual representations of themselves, called avatars, and socialize with other avatars around the globe. Users can explore the world (known as Second Life), meet other residents, socialize, participate in individual and group activities , develop relationships or own property. Users may buy or build customized virtual 3D objects or locations. Second Life is intended for people aged 16 and over.
Users are able to have their own island, which they can create on their own or buy from other residents on the Marketplace. These islands allow you to interact with others in a virtual 3D environment. This allows them to feel as if they are really there with others on this virtual island.
Second Life’s virtual economy has seen the rise of the GDP of Second Life to $567 million Linden dollars (L$). By comparison, Japan’s GDP stood at $475 billion as of October 2006. But some analysts have speculated that this value is inflated due to residents selling used items from Linden Lab on eBay for real-world cash. In some cases it is possible to make a living entirely within Second Life by buying and selling virtual land or by performing jobs for other residents.

In order to have a good experience, you’ll need a decently fast internet connection. Take a look on Froniter internet plans here. Frontier wifi is the best way to connect on metaverse You may be able to get away with loading textures and models on lower-spec PCs, but having a computer that can support virtual reality environments will ensure a more pleasant experience while interacting in these new worlds.

Metaverse will have some security risks

There are still some problems the creators of the metaverse need to work out before they see mainstream use within popular social networks or MMORPGs. The most notable of these is security concerns. These kinds of virtual spaces allow people to represent themselves however they like; someone could potentially pretend to be another person for malicious purposes such as stealing personal information, harassing others or even committing acts of cyber terrorism.

The metaverse will allow us to make a profit from within it. However, instead of just selling virtual goods for real-world cash, we can sell virtual goods that have no tangible value in the real world and only exist within the confines of the metaverse. This includes our social network profiles, where users can list their favorite movies, music and books; all of which could be bought and sold using “credits” earned or purchased with real-world money. Alternatively you would also be able to transfer these credits back into your credit card balance if you preferred. This means artists and musicians can anonymously sell their creations in this virtual space without worrying about piracy. The same goes for writers and filmmakers who can avoid situations like the one currently plaguing Hollywood. If someone wants to buy the rights to a film and turn it into a TV show, they will have to pay for this right before it’s made public so there is no risk of copyright infringement.

>what makes up metaverses

People often refer to the metaverse as an “expanded universe” within virtual reality games and social networks. But what does this mean? It means that we could create an ecosystem where users who write about crime both in fiction and reality can interact with each other through characters or avatars that exist within their own worlds, while also making these characters appear on the streets of our modern cities.

Metaverse is an upcoming blockchain based technology that will allow humans to transcend their current limitations, such as the barriers presented by death and disease as well as cultural boundaries. This revolutionary new technology has been predicted to be worth $1 trillion within the first ten years of launch. Metaverses are expected to grow 100x larger than the internet once launched and this substantial increase in users means huge investment potentials await those who can get on board with early bird projects. Those interested in getting involved should join now for high rewards.