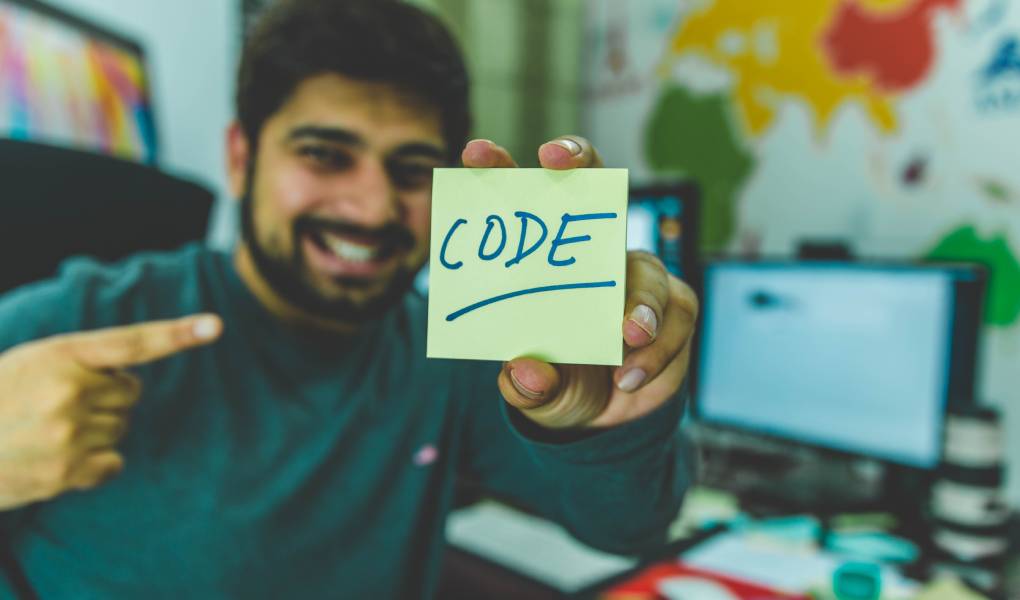 Over 600 recognized programming languages are available for use nowadays, and each of them has its complexities and unique particularities.

The good news is that as you begin work with any of the programs you need, you start your journey in the programming world, which is far more interesting than one could imagine.

We talked with our friends from a Miami web design company. Together, we ranked the top nine programming languages you could choose to enter the world of programming.

In other words, if you intend to start a programming career in 2022 and have no prior knowledge of programming, this is the list you need.

Python is widely regarded as clear and intuitive, which makes it a popular choice for beginners. In addition, Python has a variety of applications that make it a versatile, powerful option.

Due to the convenience it provides, Python is used in many industries. This has resulted in high demand for professionals who know how to use this language. That is the most obvious in the large number of job ads looking for Python developers.

JavaScript started as a programming language for the Netscape browser and was initially ridiculed for its poor design and functionality.

However, over the years, JavaScript has evolved to be used in many different programming environments and has become a dynamic programming language.

Today, JavaScript is one of the most used languages and it is implemented literally everywhere: on browsers, servers, mobile devices, mobile applications, the cloud…

JavaScript is the uncrowned king in web programming.

Along with HTML and CSS, JavaScript is important for developing web pages and websites.

If you want to create recognizable and functional web applications, C# is the right option.

At the very beginning, C# was criticized for being a copy of Java. But later, both languages developed their own identities.

C# is mostly used in application development, web development, the gaming industry and software for the Windows operating system.

The most popular social network, Facebook, was created using PHP and WordPress, which currently powers a huge number of websites.

PHP is easy to use, it integrates with other languages, and is supported by all major operating systems.

PHP tools are free. You can download them from the Internet and start programming in a matter of minutes.

PHP programming is suitable for creating all types of Internet functionalities, from simple small applications to web stores, portals and content management systems.

CSS is world-renowned in web design, adopted by the World Wide Web Consortium (W3C), an organization made up of major players on the web such as universities, companies and experts.

CSS is designed to separate the content of a document written in HTML from the document’s appearance.

This separation contributes to document accessibility, provides more flexibility and control in determining the document layout characteristics, and reduces complexity and repetition in the coding structure.

Rust offers speed and security without sacrificing performance. In addition, Rust has valuable built-in documentation and contains useful error messages (so you can easily find solutions when something goes wrong).

Developed by Mozilla Corporation, like C and C ++, Rust is primarily intended for low-level system programming.

What adds Rust to this list is the emphasis on speed and safety. Rust emphasizes writing “secure code” by preventing programs from accessing parts of memory that should not cause unexpected behavior and system crashes.

Kotlin has been in use for quite some time now, more precisely since 2016, especially in Android applications development.

The language itself was created to overcome the shortcomings of the Java programming language and successfully met the expectations of many Java developers.

It is concise, secure and compatible with Java code. Kotlin can be used wherever Java is used, such as server-side application development, Android applications and more.

That is why the Google and Android teams have decided to support a new programming language for some of their products for the first time in history. They believe that Kotlin is a great programming language that will make Android applications easier and more interesting for developers.

We should not overlook that the biggest influence on Google’s decision to support Kotlin was the huge number of developers who tried and fell in love with Kotlin (including developers from Google’s Android team). Google is a major player, and we do trust their decisions.

Thanks to its ease of use, stability and security, Swift has become extremely popular in a short time. The fact that this programming language is open source also contributed to its popularity. This means that everyone can use and modify it for free.

Following the release of Swift, Apple also introduced the Swift Playgrounds platform in 2016. It allows you to experiment with code and get results in the shortest possible time, which is very convenient for learning, practicing and testing code.

Ruby is also one of the youngest programming languages in widespread use and has been adopted by many large software development companies.

Basically, you are not limited in any way. This is one of the reasons why Ruby is extremely popular in web application development. This is helped by two popular frameworks, Sinatra and Rails, which facilitate the development of such applications.

Also Read: Internet Without a Landline? These Tips Will Help You After Moving

Choosing a programming language is not an easy thing to do.

First, you must be well-acquainted with some of the most popular programming languages and see what they offer. Then you can choose the one that fits you best and decide if you want to work on back-end or front-end development.