There is no doubt that the pandemic has affected, to a greater or lesser extent, all sectors and businesses. This has caused many brands to be forced to change their brand image, that is, to reposition themselves in the customer’s mind. It seems that 2021 has become the year of brand and logo redesign. If you also need to give your brand a new image, remember that Web Tech Crunch can help you. Contact us and we will take care of giving shape to your idea.

In short, brand image is the perception or idea that a consumer has in his mind about a certain brand. The fact of changing that perception that the client has involves a series of actions for the company, such as changing the brand image, communication, name, or other aspects that encompass the brand. This process is known as rebranding. You have a more detailed article here.
And why are we talking about this? Well, because it seems that one of the trends that 2021 has brought is the restyling or redesign of logos, especially in car brands. However, they are not the only ones who have done so; Other brands from very different sectors have also changed their logos. And not only that: we have also observed that there is a return to the past since most of all these logos have been inspired by the retro air. Below we want to share with you 5 examples of companies that have changed their brand image.

The well-known fast-food chain has been one of the first brands to redesign its logo in 2021, and it has done so by going back to its origins. To do this, Burger King has been inspired by the logo that the brand used from 1969 to 1999. The new design is especially inspired by Burger King foods, trying to recreate both the colors and the shapes of these, as you can. see below.

Logo: The brand has indeed evolved – even more so in recent years with the advent of technology and digital media – but, with this redesign of the logo, Burger King wants to show that it has not lost its essence. The new design conveys confidence, simplicity, and fun.

Color: the colors used are bright and eye-catching, evoking fresh food. All this, together with the hyper-realistic texture of the images, aims to improve the appearance of your products.

Typography: As for the text, the typeface used is called “Flame” and is characterized by rounded shapes, trying to recreate Burger King food, as it is “rounded, daring and delicious”, as reported by the chain.

Uniforms: The uniforms feature the logo along with other eye-catching illustrations of the brand’s foods. On the other hand, one aspect to note is that both the advertisements and the images of the chain show actual employees.

Containers: In them, you can see the new logo, along with illustrations and drawings of Burger King foods. Words also appear that refer to the food, describing it as “crunchy” and “tasty.”

Peugeot is also aiming at the redesign of brands and logos, seeking to enter the premium sector. The new Peugeot logo is the eleventh that the brand has had of the brand’s 171 years and with it, it intends to return to the one it had in 1960. Of course, this time, with a more sophisticated and contemporary design.

Logo: It has not lost its essence as it continues to have the lion that characterizes the brand. However, this time only his head appears, drawn with a few strokes. With this new design, the brand aims to give a more powerful air.

Color: The new logo incorporates two only colors, white and black, unlike the one used until now, which used gray and blue tones for the typography.

Typography: Now it is more modern, thinner, and more stylized.

Corporate image: Peugeot has also renewed its website, making it much more visual and with a more corporate look. It has also incorporated a new collection and a new design for miniatures, packaging, and other elements of the brand.

Cars: Although all the redesign will take time to apply to cars, the first model to carry this logo is expected to be the Compact Hatchback.

Also Read: Why Is Management The Key To Triggering The Digital Transformation Of Companies?

Third, we have Renault. This brand has made a total rebranding, changing its entire strategy, focusing on the electrification of almost all its models, the change in Alpine’s strategy, and the future of Dacia. Renault wants to reposition itself, this time focusing a bit more on the premium segment. The new logo continues to feature the rhombus that characterizes this brand since 1925. The curious thing is that the logo that the brand used in 1972 has been stylized, thus showing a more modern design.

Logo: Although it is inspired by the one that the brand used years ago, it has a more minimalist and current air. On the other hand, unlike the one that was presented in 1992, it not three-dimensional. The new logo follows design trends in the automotive industry, quite the opposite of Peugeot.

Color: This time the logo is simpler since it does not incorporate superfluous effects or colors.

Typography: This logo does not have a signature or typography. Being simpler, the new logo will be easier to incorporate into videos, animations, and other digital media.

Corporate image: This change in style will be reflected in the brand identity and also in its profiles on social networks, such as that of Renault Spain.

Cars: The new logo has been released on the Renault 5 Prototype concept car and will be progressively applied to all Renault models. The brand aims for the entire range to carry it by 2024.

Another brand that joins this logo redesign is Pfizer. This is the most important change the American pharmaceutical company carried out in 70 years.

Logo: Since 1984, the Pfizer logo has featured a blue oval shape representing a pill. This shape has disappeared and has given way to a double helix in another shade. With this change, the brand wants to convey that it is much more than commerce: it is science.

Color: Pfizer has always used white a lot, but this time it has decided to opt for a new color palette based on two shades of blue, representing the brand’s commitment to both science and consumers.

Typography: A very important aspect of this brand is that its typography is legible, due to the character of its products. For this reason, Pfizer has chosen Google’s Noto Sans as its new font. It is modern and adapts to over 800 languages.

Corporate image: This brand redesign not only implies a new logo, but also a new color palette, graphics, and photographs, among others. The isotype is being used in other elements of the pharmaceuticals. Another change is that models have stopped appearing in the images: now they are real personals.

Products: For the application to the packaging of the products, as well as to banners, advertisements, and other areas, they have added a more flexible system that will also incorporate, as we have said before, images of real people.

KIA has also taken advantage of this 2021 to redesign its brand, renewing its image and its slogan. With this new logo, KIA wants to show that it continues to lead the change in mobility, where electric cars are the real stars.

Logo: KIA has chosen to eliminate the oval that characterized it and change both the font and the color to give it a more modern touch. The slogan used, ‘The Power To Surprise’ («the power to surprise») changes to «Movement that inspires», that is to say, «movement that inspires».

Color: The logo used so far abandons the color red to make way for black. This color provides a more modern air, as the brand wants to convey.

Typography: the letter, which ties to represent a handwritten signature, is now more current. In combination with the black color, it presents a futuristic line fully aligned with KIA values.

Corporate image: This redesign of the KIA logo coincides with the brand’s strategy, called “Plan S”, through which Kia wants to establish itself as a global automotive leader. For this, the brand will focus on electric cars, clear protagonists of this stage, in addition to introducing new mobility services adapted to the needs of each user.

Automobiles: From the moment the brand unveiled its new design, the logo will gradually be used on all its models.

As you can see, many companies have taken advantage of it to rebrand or redesign the brand. Although one of the most visible aspects is the redesign of the logo, rebranding involves changing any area related to the brand. From web TechCrunch we hope you liked the article and we remind you that we are at your disposal: if you need to make a change and give your brand a new look, contact us. 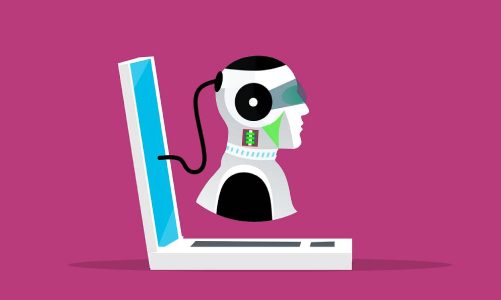 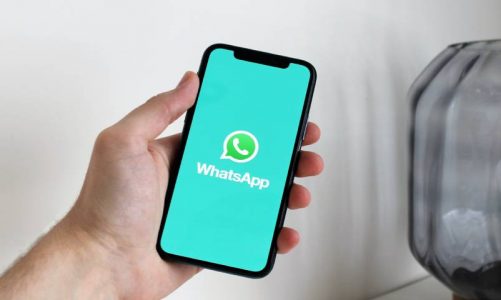 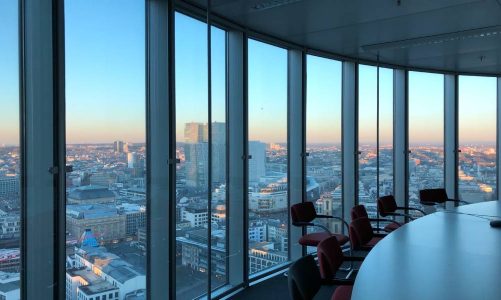